Calculator School
×
X
Need some help? you can contact us anytime.

This online binary arithmetic calculator is a convenient tool to perform arithmetic operations between binary values such as addition, subtraction, multiplication and division.

In computer science or mathematics, binary arithmetic is a base 2 numeral system that uses 0 and 1 to represent numeric values.

The binary arithmetic calculator solves two binary values for different mathematical operations. These operations include all the basic four:

And the best thing is that you will not have to set up the operation every time as it gives a 4 in 1 result.

This means that the signed binary calculator performs all of the four operations in one go. You can enter up to 8-bit binary numbers.

What are binary numbers?

In computer science or mathematics, binary arithmetic is a base 2 numeral system that uses 0 and 1 to represent numeric values.

The process of performing different operations on binary numbers is a bit different from the hex and decimal systems.

For binary addition, subtraction, multiplication, and division use the calculator above. In the next few headings, you will learn how to perform each of the mentioned functions manually.

How to add Binary Numbers?

Two rules are all that you need for adding binary numbers. The first rule is that when 0 and 1 are added, the result is 1, no matter which comes first.

To make it an eight-bit number, add two zeros at the start of the answer. The final result will be 00100011.

How to subtract the binary numbers?

Like in addition, there are also two rules in the subtraction of binary numbers. When zero is subtracted from one the answer is 1 (0-1=1).

And when one is subtracted from the zero, we take a carry from the number at the left. In return, that number becomes zero.

How to multiply the binary numbers?

Rules for multiplying binary numbers are:

Solution:
Step 1: Write the numbers in binary setup to multiply.

Step 2: Multiply the rightmost digit in the second value with the first value. 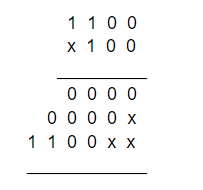 Step 4: Add all the multiplied results. 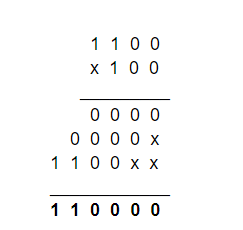 How to divide binary numbers?

The binary division is carried out with utmost precaution. The rules used while dividing binary numbers are the same as that of subtraction and multiplication.

Solution:
Step 1: Identify the dividend and the divisor. 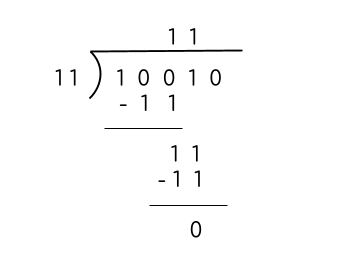 Step 4: The zero at the last will simply go up. 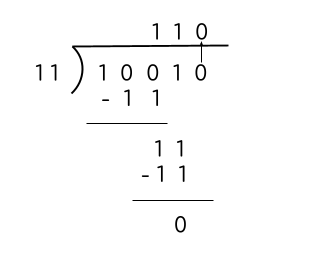